This month I’ve been following the Blogging 101 course run by Word Press. I was kind of on top of things until last weekend when I suddenly succumbed to the flu. Thankfully I wasn’t working but all those writing related things I’d intended to do went by the wayside, including my daily Blogging 101 lessons. This task was for Day Eleven: ‘Make a Prompt Personal’. I picked out a prompt from ‘A Writer’s Book of Days,’ by Judy Reeves. This is a fabulous resource, which includes not only prompts for each day, but also tips, suggestions and encouraging ways to improve your writing. Anyway, today’s prompt was ‘When she looked up.’ Here goes…

When she looked up

When she looked up all she could see was the sky which was heavy with sadness and dark with overwhelming grief. She had to look away yet she couldn’t escape it. This too will pass, she thought yet the next day when she looked up, it was just the same, and the day after that too. The colours changed daily. It was England after all, and as it was January, the colour was often leaden, although once in a while it was a lightish turquoise as though diluted with a bucketful of water. But regardless of the colour, the sky always seemed the same to her. 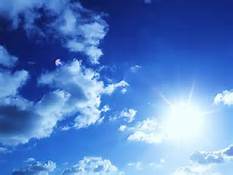 The first thing she’d do when she got up was open the window and stick her head outside. Then she’d raise her eyes and gaze into the sky. It’s still the same, she’d think and sigh. This continued for a month, and then another month. She eventually became used to it so it didn’t hurt as much after a while, and then one day she forgot to look up at all. Instead she shoved her book and towel in a bag and wandered down to the park. It wasn’t far away, ten minutes on foot, but she’d forgotten it existed, at least since the accident. On this particular day she remembered though and when she reached the park, she spread out her towel, lay down and then looked up at the sky. It was as turquoise as before but light with happiness and optimism. This was the day that things started to change.

3 thoughts on “Make a Prompt Personal”